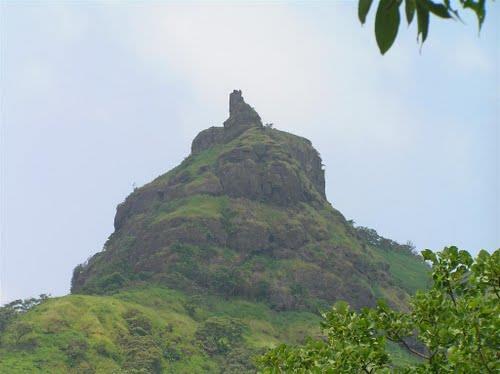 Sagargarh, locally known as ‘Khed Durg’ is a beautiful sea fort of the Maratha era. Located about 7 kilo meters east of the main Alibag town and around 31 kilo meters from Mumbai city, this old fort is a commemoration of the Great Shivaji rule in this part of India. Sagargarh is basically an elevated highland of the Western Ghats which is around 1357 feet or 452 metres above the sea level and is connected by a dirt track road from Khandala in Maharashtra.

The place is like a fortified hill at the junction of the Raigad and Kolaba district. The hill stands tall amidst green valley with clear low lying terrain on east, south and north. Sagargarh stretches for about 2 miles towards the west and north-west and is about half a mile in width.

The Sagargarh Fort had remained an important sea fort during Maratha rule due to its strategic position. This ancient fort is placed at the top of the Sagargarh hill which used to guard the sea of the west, north-west and south-west. The fort is in a complete desolate state at present with the huge remnants standing tall amidst the green forestland. The main entrance to the fortress is completely dilapidated, but the architecture on the walls is still partially visible.

There are two bastions on both sides of the gate, which were used in older days to strengthen the fortification from any external enemy attack. As per history, this fort was given to the Mughals by Shivaji Maharaj in the Treaty of Purandar. While entering the fort, there is a huge open area which has been consumed by forest partially. Inside the fort wall stands the remnants of a Shiva and a Ganesha temple with decorated walls. As per the location it seems like these were the main temples of the area. There are two water tanks, one big named Pandav Kund and one small, one for drinking water and the other for daily usage.

Both these tanks were also perfect for rain water harvesting. Inside the fort complex there are nine tombs of the Maratha ‘Satis’. The place is called Sati Plateau. The thumb-like erect land mass beside the fort main gate known as the Wanartok or Varantok Pinnacle, makes the fort recognisable from the Alibag-Pen road at the down valley.

Other than the historical importance of the place, Sagargarh is also a popular place for the trekkers. The trek route is not that intense and anyone can reach the top within two to three hours, based on their walking pace. There are three different trekking routes to the top namely the Khandala route, Vaghede route and Bail Khind route. About half way to the top trekkers can pay visit to the Siddheswar Temple and give their feet some rest. Few small food stalls are present over here where one can enjoy some snacks over a cup of hot tea. From this point the main fortification may take about an hour to reach.