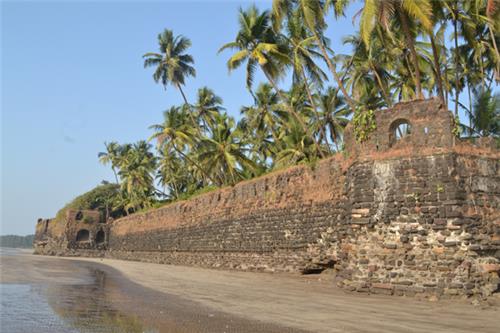 History of the Revdanda Fort

The history of this place dates back to the ancient legendary times of Lord Krishna. As per myth it is believed that the entire Revdanda area was ancient “Revatikshetra”, where Revati, the wife of Balaram, brother of Krishna resided. This place was gifted by Krishna to Revati during the time of her marriage. Another story goes like King Hansdhwaj stopped the Ashwamedha Yagna horse over here and Revdanda witnessed a violent war between him and Arjuna the Great.

During the 6th century Revdanda was an ancient port which grew in importance by the 10th century with the trade augmentation by the Nizam Shahi rulers of the region. With the advent of the 16th century Portuguese came to rule these parts of the land. The Revdanda creek slowly became an important locale of their trade and commerce, which in turn led to the formation of the Revdanda Fort in 1558. Captain Soj or Soaj was the architect of this fort, which still stands in remnants as a testimony of the Portuguese rule in India.

Many powerful rulers of that time had laid their hands in besieging the fort, but all their effort went in vain. The Angre rulers over and over tried to capture the fort between the span of 1636 - 1683 and the Marathas also tried in 1736. In 1740, Revdanda along with the fort came under Maratha kingdom as per the treaty signed by the Portuguese. By the year 1818, Revdanda Fort came under the British Raj, thus bringing an end to the Portuguese era.

As per many old inscriptions on the walls of the dilapidated chapel which is inside the fort complex, it is believed that “St. Francis Xavier” after coming to India and delivered one of his early sermons over here. Another eminent personality “Afanasy Nikitin” who is considered as the first Russian traveller in India came to Revdanda. A monument stands in this part as a gesture of gratitude.

Revdanda Fort is an ancient fort of the 16th Century which stands in a mere dilapidated condition in current days. Since a sea fort, the fortification starts on the golden sands of the Revdanda Beach. The western walls which face the Arabian Sea, had witnessed tremendous erosion over time, due to the salty sea waves and at present are completely ruined.

During high tides water enters the main fort compound. The entire fortification has two main doors one from north and the other from south, of which the northern gate was for land connection and southern gate was used as a passage to the sea. This route opens to the main ocean through the Revdanda creek. Portuguese built a dock over here which had become non-existent over time. The north and south gate is connected directly by a long road made of stones. The western part of the compound is where tourists can find some relics of the ancient fort. The remaining portion has eventually become the Revdanda village with houses and patches of farmlands. The entire Revdanda village is presently within the fort compound walls.

The walls around the fort are strong and pretty tall and are toughened by the covering bastions. Many parapets are visible which held guns and canons during its golden days. Some of the age old guns can be visible covered under the growing weeds. Inside the fort walls a three storied building stands, whose history is unknown. 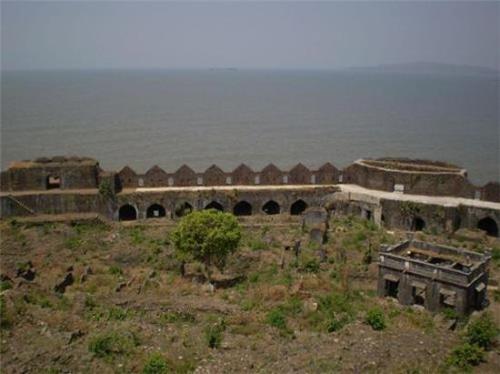 The most important attribute of the Revdanda Fort is the network of underground tunnels. The tunnels are made of brick and mortar and there are decorated arches to hold the tunnel walls. How the Portuguese built arch decorated tunnels with no modern instrument is a mystery.

The height and width of each tunnel is 3metres both ways and all the tunnels have small openings on the top for light and fresh air. These tunnels were used for people safekeeping during war and other emergencies. The tunnels were discovered by the Archaeological Survey of India in the year 1982 and presently they have been sealed to avoid any tourist accident.

A must visit place for tourists visiting Alibag and its surrounding. The strong sea breeze and the sound of the waves, along with the historic remnants are what makes the visit to Revdanda Fort so special.