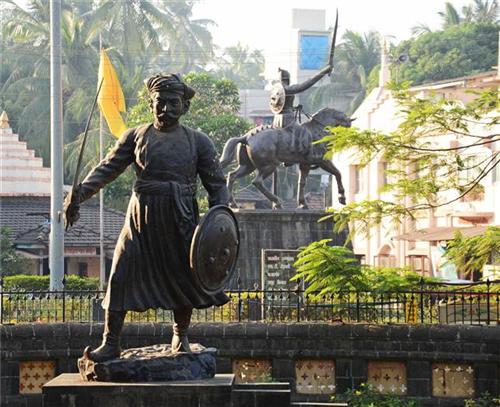 Alibag (also called Alibaug or Alibagh) is the beautiful 300 years old coastal town situated in the Raigad district of Maharashtra. The green natural beauty with the lovely serene beaches has been Alibag’s claim to fame in the tourism sector. It is also the head quarter of the Raigad district and had been one of the main localities of the rich Bene Israel Jews at the historic times.

This region is the only area in the entire Konkan belt to have both Maratha and Portuguese sea-forts on opposite banks of the same inland waterway. In 1662, Shivaji built the famous Kolaba Fort at the edge of the sea in Alibag region after conquering the entire Konkan area. This was done to strengthen the territory by creating a naval station.

Alibag had witnessed quite a few naval battles during Maratha rule. During 1706, a fierce naval battle took place between Kanhoji Aangre and Siddi of Janjira at Varsoli. During 1722, the English and the Portuguese force jointly attacked the Kolaba Fort but were defeated by the Maratha army. In 1730, the English navy again attacked this part of the land but in vain. Kanhoji’s bravery and superior naval skills had kept him undefeated against all the enemies. Seeing his composure and gallantry, Shivaji gifted Alibag and several other part of the land to Sarkhel Kanhoji Aangre, the able naval chief of Shivaji’s kingdom.

During the end of 17th century, Kanhoji developed and populated Alibag. During those days Ramnath, the village adjacent to present Alibag was the main centre of activity. Most of the Alibag region is believed to have been under water before the 16th century. Kanhoji build this town and named it Kolaba, after the famous Kolaba Fort. Kanhoji had a vision of making this port area a main centre for international naval trade and commerce. With the development of Alibag town, Kanhoji Aangre issued his own currency in the form of silver coins known as “Alibagi Rupaiya” This was the beginning of the region’s prosperity and saw many Bene Israel Jews as inhabitants, who were good in trade.

As per legend, one of the residents Ali, a Bene Israelite used to live in this part of the land. He is believed to be a rich businessman and owned a huge plantation of mangoes and coconuts in this Kolaba region. The local residents were in general farmers and fishermen with very less means. Ali’s Farm was pretty popular in the region and other parts of the then Maratha Empire due to his quality fruits. This coastal region became popularly known as “Alichi Bagh” which means “Garden of Ali” in Marathi. This later became “Alibagh” and that name somehow got stuck to the place. 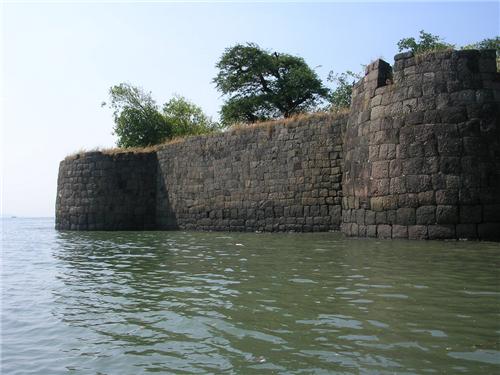 In 1852, Alibag became an independent Taluka which later got added with 4 other Talukas and formed Kulaba district in 1869. In 1904, Alibag had its own Magnetic Observatory, which was one of its kinds in the entire Indian peninsula. This observatory is still in operation and plays an important role in being a part of the global network run by Indian Institute of Geomagnetism. In 1924, Alibag got its first regional school building. There was no direct land connection between Alibag region and the main Bombay. People had to travel from Revas, Dharmtar or Mankule by sea to reach the main inland. It was only in 1964 that bridge of Dharamtar Creek was built to connect the cities.

With independence coming to India, Alibag became a part of the present Raigad district of Maharashtra.