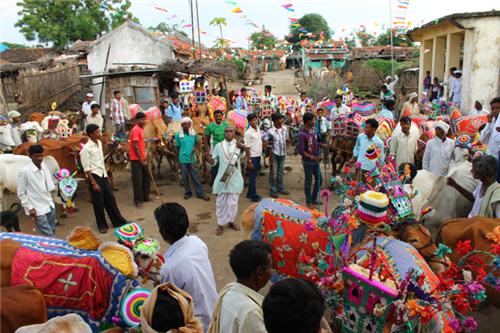 Alibag the small and picturesque coastal town of Raigad district, Maharashtra is popular among tourists for its lovely beaches, historical forts and pious temples. A visit to this place gives one an idea about the rich culture and tradition of the place. Alibag is an old town made by the Marathas. The town plans and the well connected road infrastructure give the proof of the presence of Maratha brilliance in the place.

Although Alibag had been at its pinnacle during the rule of Sarkhel Kanhoji Aangre, the town had not seen much growth after the imperial days. The town is mostly populated by farmers and agriculturalists. There are many small traders who are into traditional handicraft business. Alibag has retained its glory due to its heavenly natural presence, which has been encashed by the state tourism department. Many resorts and hotels have been set up beside the beaches with variety of room availability. This in turn has boosted the economy of the place. Since 1990s, the Alibag Municipal Council’s initiative had led to many industrial growths.

But in general the place has remained like a small old town with its historical legacy. Many festivals, fairs or Yatras are popular in Alibag and its surrounding villages. The main festival of the region is “Pola” During this festival the cattle and agricultural equipments are worshiped by the villagers. Cattles from surrounding villages are being paraded over here accompanied with bugles and drums. People make merry, dance together, eat together and engage in various fun filled activities. Puran Poli (a sweet filled roti or chapatti) is the main dish served in this festival. Women of different households compete among themselves in making the best Puran Poli of the season. Men and women wear new clothes to celebrate this occasion. This festival happens in first week of August of every year.

Another religious festival of the region is “Nag Panchami” This festival involves worship to the snake God, Shesh Nag. The whole of Maharashtra celebrates this occasion and prayers are offered at various temples. Women put mehendi on their hand as an auspicious sign. Different parts of Alibag town and nearby villages decorate themselves and join in this merriment.

Many other small and local fairs are organized during the winter months that is November – January and are visited by people from Mumbai, Pune and many other neighboring cities. All these fairs have some traditional background. The Nageshwar Yatra in Awas village and Varsoli village are quite popular in the region. These villages are within 20kms from Alibag town. These are one day fairs with various fun activities present. Another important fair celebration over here happens with the Dattachi Yatra, when Lord Vitthal & Rukhmini are worshipped. This happens near the Temple of Lord Vitthal in Chaul village, which is around 18kms from Alibag town.

Other than these people of Alibag keeps on engaging themselves in various other festivals and fairs throughout the year. They are in general gentle by nature and a bit of fun is what makes their life happy.