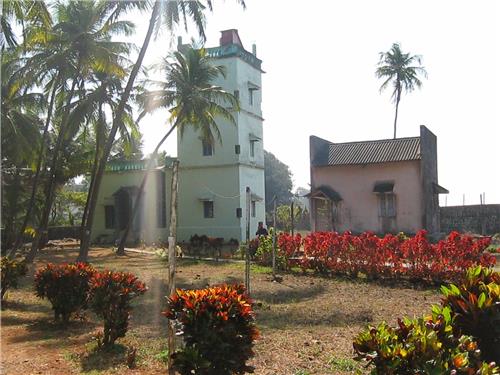 The first geomagnetic observatory of India was set up in Alibag and was named the Alibag Magnetic Observatory. Established in 1904, this observatory is one of its kinds in entire Asia and is among the 13 similar observatories of the World.

The exact location of this observatory is 18.62oN and 72.82oE and is about 30 kilo meters south of Mumbai or Bombay. This building is under the administration of Indian Institute of Geomagnetism and is still their primary magnetic observatory.

The Alibag Magnetic Observatory was built as a substitute of the original observatory of Colaba. During 1841, the institute of geomagnetism built their first observatory at Colaba in Mumbai, with regular observation starting from 1846. During those days people had to record data of the magnetic instruments every hour through eye observation. If there were any magnetic disturbances recorded, then observation had to be done at a time interval of 15 minutes.

In 1872, the Colaba Observatory got its automatic observation instruments which made geo magnetic field observation easy. But with the passage of time and growth of the city of Bombay, especially the electric tramway lines near the observatory became a problem for its operation. Dr. Nana Bahi Moosand based on his planning and field visit selected the place in Alibag and the Alibag Magnetic Observatory was born. This was after much deliberations between the two sites of Colaba and Alibagh. After two years of intensive comparisons between 1904 and 1906, the new site of Alibag was accepted as the best for this new observatory, applying the necessary site corrections.

Alibag Observatory is a popular sightseeing place in Alibag region. Located on the Alibag beach beside the J.S.M College, this age old observatory is a typical British structure. The buildings are made of non magnetic and hand picked Porbandar sandstone and the main magnetic room has a temperature controlled at 10oC or less for 24 hours. Tourists can view this room from outside and see the huge and complex instruments in operation over there.

There are two buildings inside the compound, one with magnetometers and the other with the instruments that provide data about geomagnetic storms. Visit inside the observatory is a must as it is like a mini museum with many interesting things to see. Enthusiasts should arrange for permits from officials to enter this compound. The observatory is open for public on all working days meaning five days a week, from morning 10am to evening 5pm. No food items are allowed inside the observatory compound. The observatory complex is away from the heart of the city with very scant population present. From the town centre, local autos and cabs are available on hire for a trip to the Alibag Magnetic Observatory.