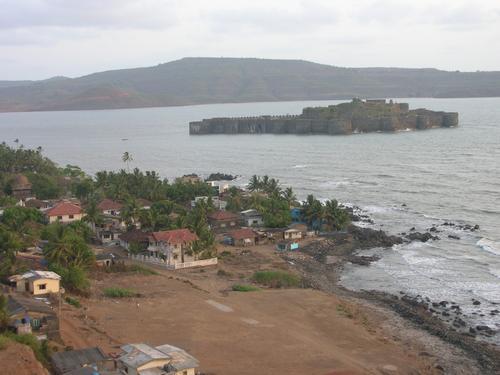 Alibag (also called Alibaug or Alibagh) is a small town of the Raigad or Raigarh district of Maharashtra. This town is the head quarter of the entire Raigad district and is administered by the Municipal Council since British era. The town is a coastal one which stretches over an area of 0.7 square miles or 1.81 square kms.

The Alibag Municipal Council was established in the year 1864. With time, the administrative structure has changed a lot and the municipality has come under the governance of Bombay District Municipal Act, III of 1901. The council has a fifteen members’ team looking after all the sectors, of which one seat is reserved for each of women and scheduled castes. The associations have been segregated into six different committees for the ease of administration. The committees are namely:

Each of these committees works with specific goals and there is no intersection in their functions. The Municipal Council has got four separate departments all headed by the District Collector and District Magistrate of Raigad. These departments are:

This Council has helped Alibag town with supply of safe drinking water, maintained sanitation system, have maintained roads and have kept the roads clean from daily garbage disposal. There are six miles and six furlongs of metalled roads maintained under the municipal area. The municipality maintains a vegetable market within the town. The Council is also helping the poor and the scheduled tribes with poverty eradication programs. The Kuccha gutters are being built for waste water disposal. There is the Vesvi Tank which is cleaned and maintained by the Council, as it is the main water supply for the entire town.

The Zilla Parishad of Alibag is on a mission to spread compulsory primary education among the town’s people. The municipality pays an annual contribution of Rs. 13,480 to the Board for education purpose. A Government Civil Hospital has been built inside the Alibag town for emergencies. There is a separate Animal Husbandry Department who looks after the town’s veterinary dispensary. The municipality gives an amount of yearly contribution to the cremation and burial ground of Alibag, Sarvajanik Vachanalaya.

In totality it is evident that Alibag Municipal Council is working day in and out towards making the life of the Alibag residents blissful.