An Overview of Alibag 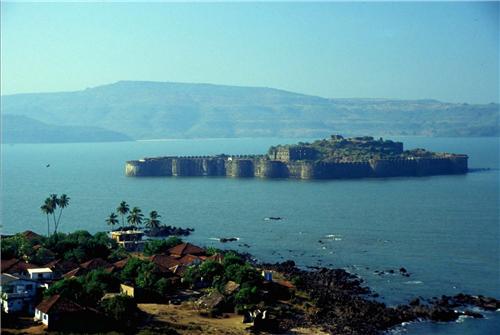 The amazing coastal town Alibag or Alibagh or Alibaug, is situated in the Raigad district of Maharashtra. This town is almost 300 years old and has many glorifying signs of Maratha rule all over the region. Alibag is also the headquarters of the Raigad district and is under able administration of the Alibag Municipal Council. The beautiful sandy beaches of Alibag and its historical heritage, has made the place immensely popular among tourists from all parts of India and abroad.

Moreover, the town is in close proximity with big cities like Mumbai and Pune and has well connected roads with various transport options to reach. Alibag can also be reached through waterways. In spite of rapid commercialization of the place Alibag has retained its natural beauty along with the taste of local tradition and culture.

History of the Place

The well planned Alibag town is a fruit of the able administration by the naval chief of Shivaji’s kingdom, Sarkhel Kanhoji Aangre. Before 17th Century, this region of the Konkan belt was one of the main localities of the rich Bene Israel Jews. In 1662, Alibag region came under the Shivaji empire and got its first sea fort, Kolaba Fort. Kolaba Fort was believed to be one of the strongest holding sea forts and it was impossible to break through by the English army. During the period of 1722 and 1730 Alibag witnessed many fierce battles between Marathas and the British and Portuguese army.

Sarkhel Kanhoji built this town with the vision of making this place a hub of international naval trade and commerce. During those days Alibag was a well planned and modern town and was known by the name Kolaba after the famous Kolaba Fort. With prosperity ascending due to increase in trade, Alibag became more and more inhabited by the Bene Israelites. As per legend of the place, Alibag got its name after a rich businessman of the region named Ali. Ali’s Farm was the main attraction of the place for its great quality fruits and this coastal region came to be commonly termed as “Alichi Bagh” which means “Garden of Ali” in Marathi. This with the passage of modern times became Alibag or Alibaug.
Know more...

Geography and Demography of Alibag

Situated at an exact co-ordinate of 18°38'29?N 72°52'20?E, this picturesque town is at the tip of the ridge that goes into the Arabian Sea. The town covers an area of 0.7 square miles and is a prominent place on the Western Ghats. The western side is along the ocean line with a long stretched salty marsh on the eastern side. A moderate and humid weather prevails in the region throughout the year and tourists can enjoy strong sea airstream all the time. The temperature ranges from 14 degree Celsius to 36 degree Celsius with very pleasant winter months. Monsoon period is pretty long which ranges from June to October and is best avoided. The belts of coconut and palm trees are an amazing view of Alibag which have extended till eyes can see. There are many natural sweet water wells inside and around the town area for water supply. Tourists must carry light cotton clothes, shades or sunglasses, beach slippers, sunscreen lotions and umbrellas while on a visit to Alibag.

Tourism is one of the primary sectors which relate to Alibag’s growth. The gorgeous coastal town is an old place with glorifying signs of Maratha rule everywhere. The beautiful long sunny beaches with rows of palm and coconut trees, the ancient sacred temples and the magnificent forts which portray the historic eminence of the place are the main attractions of the region. Alibag is a place for beaches with 13 beautiful beaches one can visit. Alibag Beach is the main one and is almost always crowded with tourists. Thal Beach, Varsoli Beach, Akshi Beach are some of the other beaches where one can pay visit. All these beaches are clean and flat making these places popular for various water sports like jet skiing, banana boat rides, camping and parasailing.

Alibag also has places rich in historical conservation like the Kulaba or Kolaba Fort of King Shivaji, Murud-Janjira Fort of the late 15th Century, Revdanda Fort and Korlai Fort of the Portuguese. All these forts have remained intact till date and the architectures of each of these forts are worth viewing. The Kulaba Fort is the famous sea fort of the region and is the considered to be the most important fort of the entire Konkan belt.

For people on religious tourism Alibag has a range of ancient temples. Kanakeshwar Temple, Nagobacha Tappa, Vikram Vinayak Temple and Datta Mandir are few of the old structures with ancient relics and idols inside them. One must visit these temples while on a trip to Alibag. Read more...

The place has not seen much of an industrial up rise till the early 90s. Since end 1990s the Alibag Municipal Council along with the state government had tried to bring in the flavour of industrialisation. With the passage of time Alibag had seen various industries, but tourism has still remained the foundation of the economy. The local residents have remained mostly farmers or agricultural workers and fishermen.

Rashtriya Chemicals and Fertilizers (RCF) is the first industry of the region followed by Ispat industries Ltd, Welspun Maxsteel Ltd, GAIL and many more. Seeing the future prospect, Maharashtra government has got fund assistance from the World Bank to set up the Multimodal Corridor from Virar to Alibaug. This corridor is believed to be a fundamental step towards development of the region, which in turn will create more and more employment opportunities for the residents of Alibag town. Know more....

Healthcare of the Region

Although Alibag has remained a small coastal town with beautiful natural beauty, the place seen some urbanization, with the commencement of industrial growth. One can find well maintained roads, school, colleges and hospitals for the locals. The municipal council is also trying everyday to make the healthcare scenario of the place strong.

Few well equipped diagnostic and pathological labs have been set up for the residents of Alibag. Civil Hospital is the first government hospital of the region. Some of the other renowned hospitals and nursing home of Alibag are Dhamankar Hospital, Anandi Maternity & Child Hospital, Dr Tiwari Hospital, Modern Nursing Home and Dr Saroj Tamboli Memorial Hospital. Know more... 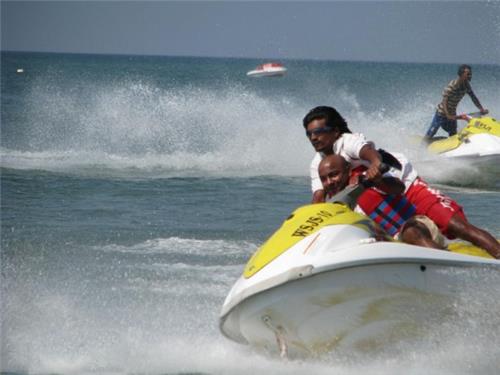 Today’s generation take their time off from everyday life and go on weekend trips. This involves various fun filled physical activities and adventure treks. Alibag as a coastal town with natural beauty has remained a hot favourite among tourists. This is the place where one should leave behind all worries and enjoy the Sun and the cool sea breeze.

The beautiful and vast Arabian Sea is a treat to the eyes of any traveller. Apart from the sunny beaches Alibag has much more to offer. It is ‘The Place’ for all kinds of adventure water sports activities.

Pioneer Adventure Sports, Aquasail Yaching Academy are some reliable companies who are offering various fun activities between Alibag beach and Mandwa jetty. They offer all kinds of activities which include Jet Ski Rides, Banana Boat Ride, Bumper Ride and Sea Kayaking. On the beach Quad Bike ATV can be done which are basically sand bikes. Race tracks are built with high standard security gears for any one to take part. 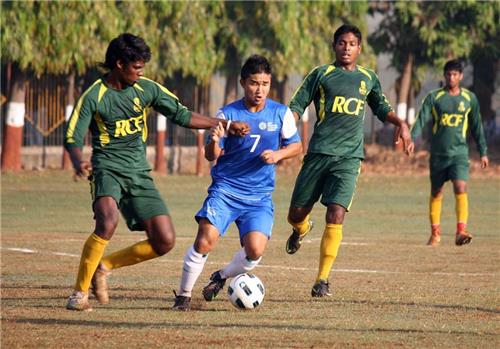 Due to less commercialization, very few sports academy are present in the town. RCF Sports Complex is a multi sports complex inside the Rashtriya Chemicals and Fertilizers colony which has various sports activities for the residents. Enthusiasts can enjoy swimming, cricket, basketball, badminton and lawn tennis lessons along with indoor activities like carom, table tennis, billiards etc.

Other than this few, good gated communities of Alibag have captive sports centre, where residents can enjoy various sports activities, which include various indoor and outdoor games.

The Alibag town is very well connected to different parts of Maharashtra and India. One can go on a road trip from Mumbai via Pen or take NH-17 till Wadkhal and take right to reach Alibag. Daily state government bus services are available between Borivali, Thane, Kalyan, Pune, Kolhapur, Miraj, Nashik and Alibag. Private Volvo buses and various car rental companies are also viable options. For travellers who hate to do long bus or car journeys can avail trains. Alibag has no railway station of its own.

Trains are available from Mumbai and Pune to the nearby stations like Roha, Panvel and Khandala. From there local taxis and state buses can be hired to reach the Alibag main town. The waterway route to Alibag is an exciting option for the tourists. Strollers and big boats run from the Gateway of India and Ferry Wharf to Mandwa. Mandwa is the nearest jetty and takes about 50 minutes journey on the Catamaran Sea from Mumbai. From Ferry Wharf one can take his own car on the huge strollers and reach Mandwa. Alibag is just an hour drive from Mandwa and there are well connected roads present. The nearest airport to Alibag is Mumbai International Airport which is around 140 kilo meters away from the coastal town.